What's Up With Your Sprinter's Injectors? 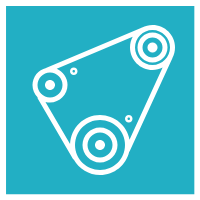 Whether you're using them for commercial purposes or just as a daily driver, vans have plenty going for them. Unfortunately, they also have their fair share of problems, and maintaining a late-model diesel engine isn't always a walk in the park. Keeping costs and downtime under control requires every van owner to understand some typical problems and their fixes.

Fuel injectors are one widespread failure point, especially on first-generation vans. What causes your injectors to fail, how can you recognize the signs, and why should you care? Keep reading to find out!

Why Should You Care About Your Fuel Injectors?

Like gasoline engines, diesel engines provide power by containing and harnessing the force of powerful explosions within their combustion chambers. However, diesel engines don't wait for a spark plug to set their fuel alight. Instead, they compress the air entering the engine until it's hot enough to ignite the fuel all by itself and then squirt just the right amount of diesel into the mix.

This process requires both precise timing and precise flow control, and that's where your injectors come in. While gasoline engines also use fuel injectors, their role is slightly less critical since they don't also control engine timing. Faulty injectors on a diesel motor will reduce performance and fuel efficiency, increase emissions, and potentially even cause internal damage to the engine.

Why Do Injectors Fail?

Injector failure isn't limited to vans or diesel engines. Injectors can wear out over time from debris or contaminants entering the system, reducing the injectors' ability to control fuel flow precisely. Over time, this creates numerous driveability issues and may eventually stop your engine from turning over. First-generation vans have another problem waiting in the wings, however.

These vans can also suffer from failing seals between the injector and the engine. As a result of a weak seal, exhaust gases seep out of the combustion chambers and ultimately form a black goo around the injectors. This goo consists primarily of carbon deposits and other exhaust chemicals, and if you ignore it for long enough, it'll eventually stop your van's engine from turning over at all.

What Can You Do About Bad Injectors?

Bad injectors are rarely a fatal problem, and you usually need to ignore the issue for a very long time before you'll cause more severe damage. In most cases, the solution to bad injectors is straightforward: replace the failing parts. You can also sometimes clean dirty injectors, but don't reuse your injectors if you notice a black gunk build-up. That gunk always means a failing seal, and the faulty injector must go.

While injector problems can cause all manner of driveability issues, they aren't going to be the end of your van. You can avoid causing significant problems or future damage by taking your car to a mechanic, such as a Mercedes Benz Sprinter repair mechanic, as soon as you notice the symptoms of a failing injector.